What the iPad Means 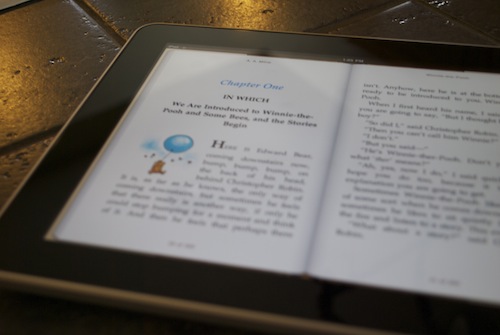 Surprisingly, the iPad received more hype than the iPhone did. Even more than with the iPhone, Apple is taking a huge risk. With the iPhone, Apple created a completely new device, but it was still fundamentally a mobile phone, and it was a well-established market. The iPad, however, is creating a new product category.

We have had tablet computers for years, but save for a few niche uses, no one bought them. As far as we should be concerned, it was a non-existent product category. There are difficult questions to answer about tablet devices—should they be a full computer with a touch screen, or designed—both hardware and software—to work based on the new input mechanism?

Apple has decided on the latter. The iPad is designed around touch, and as a result, loses a lot of a regular computer’s functionality. Many have complained that the iPad is merely a large iPod touch. So, Apple has released a new device in a new product category with limited functionality.

So is it just a large iPod touch? I’m not going to do a detailed review. Rather, I want to consider what the iPad means for how I use a computer.

First, the hardware. In photos, the iPad did look to me like a larger, wider iPod touch. In person, though, it looks more like an iMac screen shrunk down to handheld size, along with the black bezel and Apple symbol on the back.

Even more than the original iPhone, the iPad feels like a single piece of aluminum. There’s no flexing or give. It’s incredible to hold.

The bezel width looks too wide in photos, but does not look funny at all in person. It’s quite convenient to hold onto without interfering with the screen.

It’s smaller than I expected, but that’s a good thing. It makes it easier to hold and move around with.

It’s a little heavy, though, for holding while standing or reading a book. It’s much more convenient to rest it on your lap than hold it. This is unfortunate, because this limits how you can use it comfortably. The weight needs to be reduced about half a pound, but I’m not sure this could be done without eliminating the aluminum back and glass screen.

We can answer that original question right now: no. When you pick it up and use it, it’s very clear that while it is the same iPhone OS, this is something different. Others have said that the iPad is what the iPhone was supposed to be.

That’s exactly right. It feels very different than the iPhone. The iPhone feels tight and constrained—you can only look at one kind of data at a time. For example, while in a Twitter client, if you click on a web link, you are moved spatially to the right into a new view. That’s all you can see. It’s either a list of tweets, or a web view at one time.

In Twitterrific for iPad, though, the web view opens up in a window centered on top of the list of tweets. Although functionally this isn’t very different, it *feels* completely different. It’s like you’ve had blinders removed.

This is even more pronounced in other areas. I read Jason Snell’s lengthy iPad review in Safari, and reflexively went to hit my MarsEdit bookmarklet in the bookmarks bar—then I remembered I didn’t have MarsEdit on the iPad.

That’s how using the iPad is: I forget I am using a mobile device, or a device at all. The only thing I am thinking about is the content—the web page, article, tweets, book or whatever else. The iPad is a frame.

That’s something new. This is a single device that can handle most things I do on my MacBook Pro (RSS feeds, web browsing, music and writing), and because of its size and design can do much more.

How I Plan On Using It

Currently, my morning routine goes something like this. I wake up, check email and news headlines on my iPhone, and then go to breakfast. While eating, I read the day’s New York Times, and try to remember any articles I’d like to link to or write about on TightWind. Finally, when I get back to my room, I check RSS feeds and post links.

It’s a convoluted and inefficient process, and other than reading the newspaper, one I don’t enjoy very much. The iPad, though, can combine all three. I can wake up, grab my iPad, and go to breakfast. While eating, I can check email, read the newspaper, and read RSS feeds on a single device. And hopefully soon, I’ll even be able to post to TightWind from it, too.

Throughout the day, I’ll read articles in Instapaper, and at night, read books in bed.

I am expecting my MacBook Pro to get a little lonely, because most things I use it for I can do on the iPad as well, and it serves so many more functions. The few things I expect to do with it are write especially long essays and papers, web design and then little graphic design I do.

I’ve already noticed differences in reading. While reading articles on my MacBook Pro, I’m tempted to check Twitter, or my inbox, or NetNewsWire. The dock icons, menu bar items, and even the desktop background that surrounds the content are mental noise that make it difficult to focus. The iPad doesn’t have this problem, because the content is all you see. There’s nothing to distract you.

That’s a big change for reading and writing. What you’re currently doing has your complete attention. It’s much more like reading a book or writing in a notebook—there’s nothing else on your mind.

As for the keyboard, well, I’ve written this small review entirely on the on-screen keyboard. It works surprisingly well.